The Eight Wonders of Drupal 8 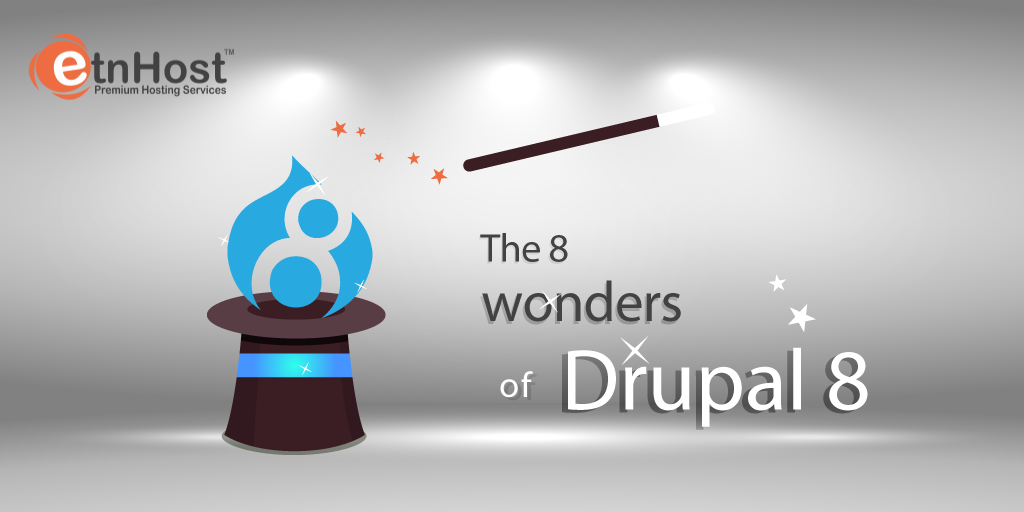 Want to be a part of the exciting world of Drupal? Well, there is no time like the present, because this Content Management System is out with yet another amazing release. It has been out for a while now, but we wanted to take our sweet time and test it out first. So now we would like to dedicate this blog post to the wonders of Drupal 8.

Until now the codebase wasn't held in its own subdirectory, which was somewhat inconvenient. Drupal 8 brings us the joy of neatly stacked core with its own dedicated core subdirectory. The more exciting part is that version 8 has brought us Symfony libraries into the core making it easier for content contributors and web visitors.  Another interesting improvement is that the Views module is now embedded in the core which allows the customization of the admin listings.

We introduce to you the features that increase the software usability with the following improvements:

Organisational skills? No need for them anymore, because Drupal 8's editor can help you keep your content in order. It is set by default to enforce a clean markup. All of this is thanks to the WYSIWYG features which are designed to help users have a cleaner, neater content. Ah, the happy moment when you realise that the addition and removal of those pesky editor buttons are nothing but a simple drag-and-drop procedure all thanks to the UI configuration.  Users can now also configure the previously hard-coded components such as breadcrumbs.

Until now most of us have been banging our heads up against the wall when we had to implement configuration changes on live sites. The process of importing or exporting data from one environment to another up until Drupal 8 has always been a bumpy ride. But now Drupal 8 supports and validates UUID, so if the two environments are both supporting said universally unique identifiers -UUID- Drupal 8 could easily export or import the configuration alterations back and forth. Drupal also supports configuration schema in all of the user's environments, which is very useful when talking about data integrity preservation between implementations and modifications.

Users of Drupal 8 have the pleasure to choose from 100 languages. This functionality is provided so generously from Drupal to the non-English speaking community so they too can experience the joys of comfortably use tools in an understandable language. Drupal 8 is now also equipped with 4 core modules for language and translation support. Drupal 8 provides the tools for easy content translation. Also, the new version gives to its users the means to have up to 3 different languages, each used for different parts of the system such as – profile data, the language selected by the user, and a different language for the administration.

Drupal 8 brings to its users the means to access their structured content through APIs. The sending of data out of the computer is now easy as one, two, three. You can choose whether you wish to put the data out as an XML or a JSON format and you can also choose in what way you want to present it – Angular JS or React.

With Drupal 8 caching is better than ever simply because now this process is done in the core. You can discredit content instantly using the cache tags.

Since Drupal 8 is designed in a way which brings to its users loads of new features, all in the name of better performance and speed, it will be a shame if the testing feature wasn't enhanced. With Drupal 8 everything is faster, including the testing. Now you can perform fixed unit testing from the IDE because version 8 has an integrated PHPUnit. Other testing standards which are included in Drupal 8 are BrowserTestBAse and KernelTestBase, so test away with the speed of light!

Give it a try now! You can download Drupal 8 or learn more about all the fancy new things about it on the official website. If you are a client of ETNHost, you can easily find Drupal 8 as well as over 400 other CMS applications in Softaculous.

Our team would like to wish a happy and productive Drupal 8-ing!