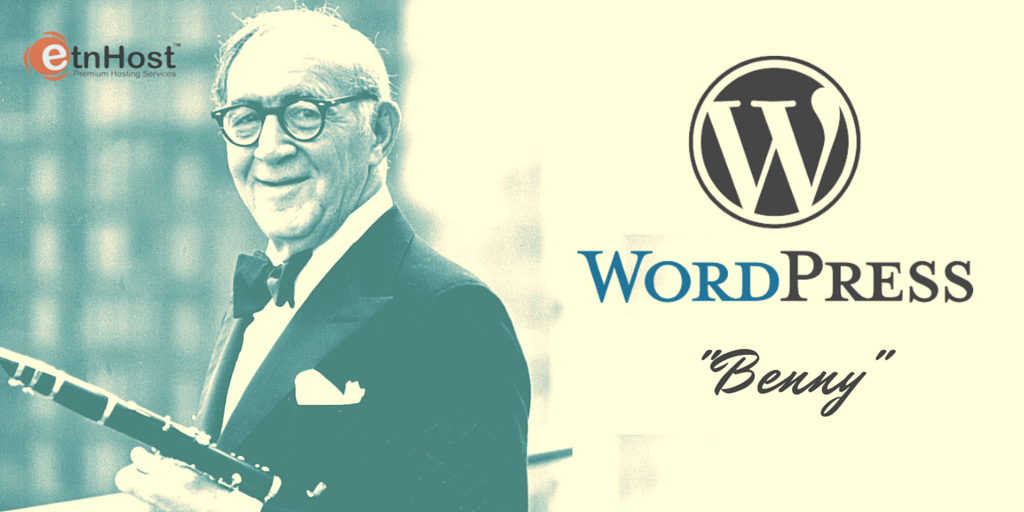 Today, the new WordPress version 4.0, dubbed “Benny”, named after the famous jazz and swing clarinetist Benjamin David "Benny" Goodman a.k.a The King Of Swing was released. In this new version, 275 people have taken part in the development, which by itself is a new record when it comes to people involved in the development of a new version of a popular platform. The biggest contributor of the team is Helen Hou-Sandí.

Among the significant improvements in the new version 4.0 are:

Choosing the language on the installation process

Upon starting the installation processes of WordPress, you'll be able to see the “Language Selection" panel. 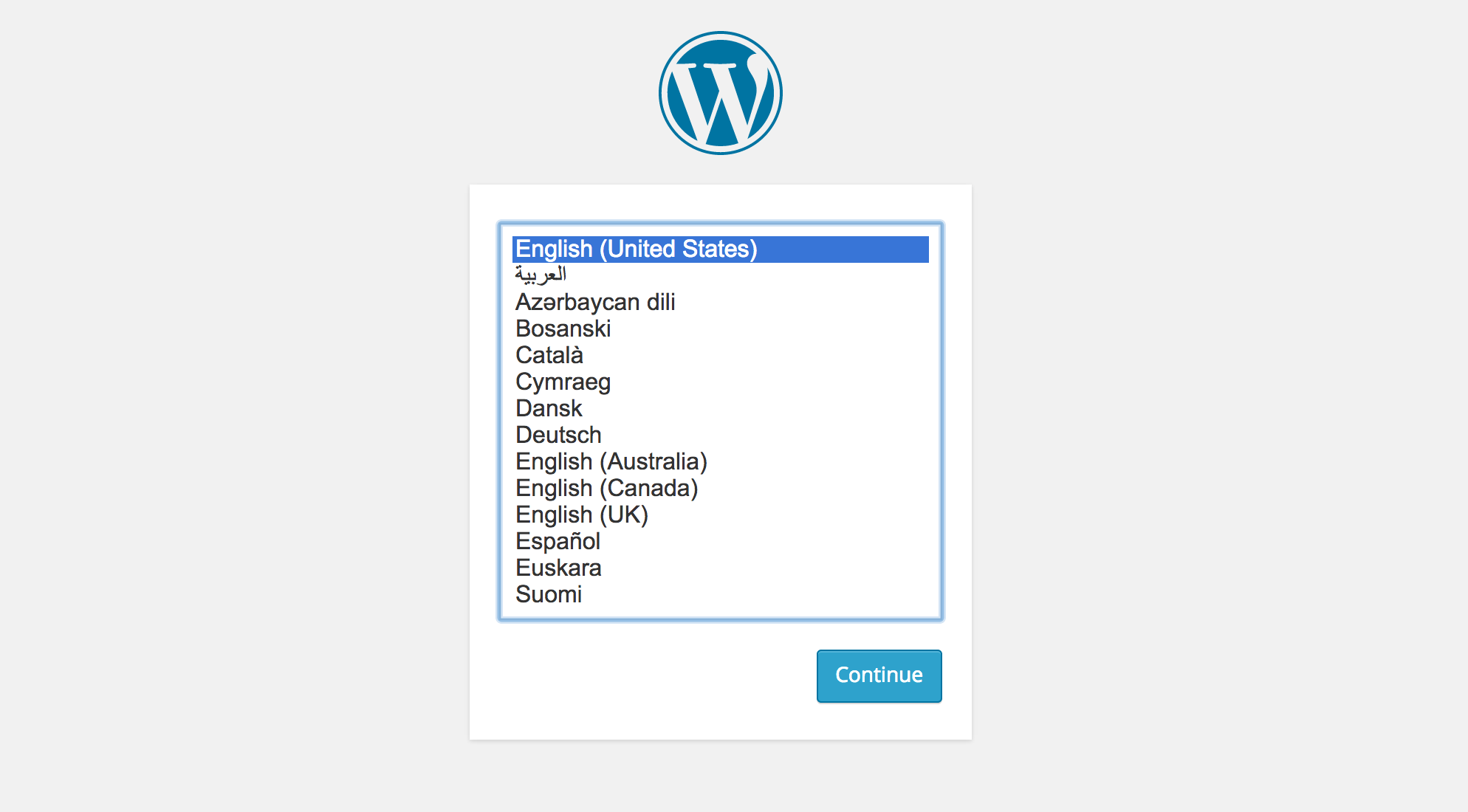 If after the installation of WordPress 4.0 you want to change the language of the system, you would be able to do so from the Admin Panel by navigating to Settings => General. There you will find the "Site Language" option at the bottom part of the page.

There is no doubt that this is one of the biggest and most anticipated changes in WordPress. This feature started off as a stand-alone project and provides a new and improved view that makes managing media files much easier and faster than ever before. Up until now there was only one outlook and it was “list”. Now the “grid” look is available as well. This outlook is very useful when working with multimedia files. You could also click on a multimedia file and a window will pop up, instead of loading the whole page again.

The navigation between files has become also easier because it goes through the TinyMCE engine. It could also be done by using the arrows on the keyboard, which would be a huge time-saver when the size of the files is very big. 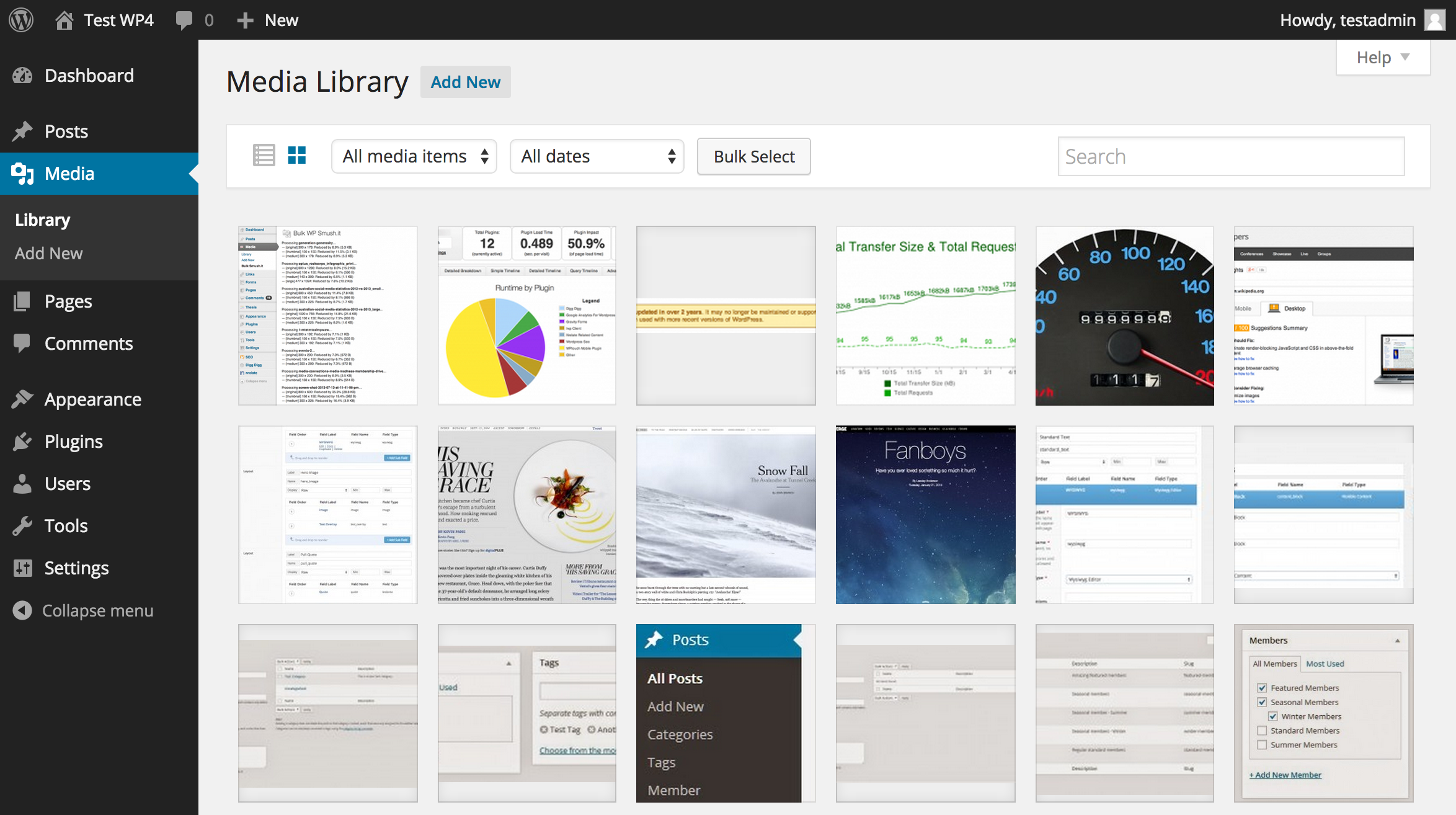 In the new version the visual editor now automatically expands with the expansion of the file content itself and allows you to make better use of your screen while in editor mode. The sidebar is fixed as well, so it will always remain the same position, even when you scroll down the page.

Extensions in the support of the oEmbed protocol

In WordPress 4.0 the support the protocol oEmbed is being improved, which makes it easier for the user to embed multimedia content in the post without having to transfer an HTML code. For this to work, you would only have to copy the URL to a video in services like YouTube, Vimeo, Flickr, Twitter and SlideShare and to post it to your blog. Thus, the video will be automatically embedded.

WordPress now also supports oEmbed from a wider variety of providers, including:

Here is an example of how an embedded video from TED would look like in WordPress: 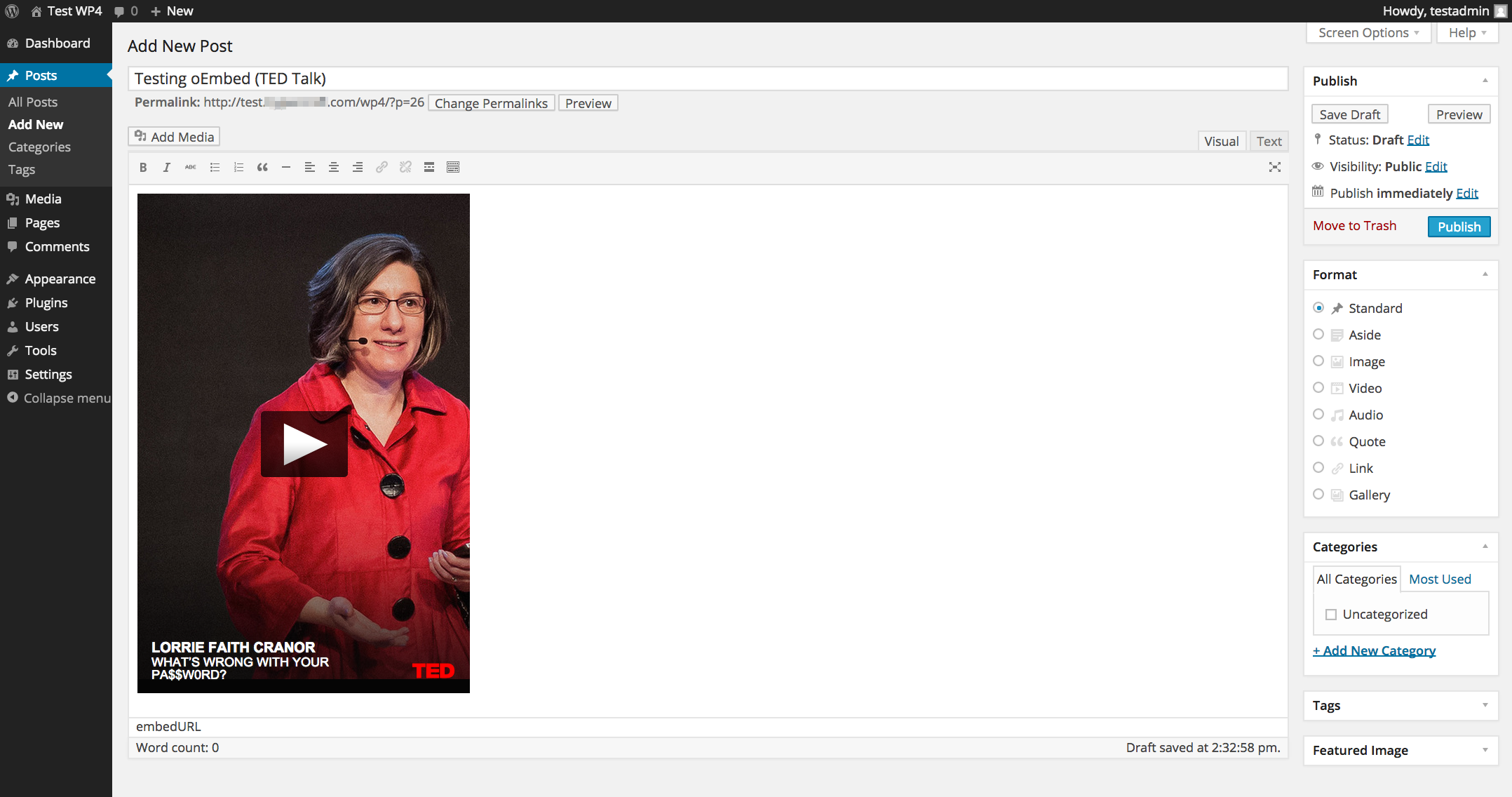 And here’s the HTML outlook:

Improvements in the installation process of the plugins

The new version offers fresh, new visual UX in the plugins section as well. The revamped Plugin Install page, allows you browse in a grid view, which resembles very much to the one in the file library, and at the same time also offers a great deal of information when in search mode. For this purpose, it is necessary that the plugin developer has added a smaller thumbnail image of the plugin, so that when looked for by the user, the experience would be better. Here is how the grid mode looks like when searching for plugins:

Now,  you can also now search and  filter results for beta testing plugins. Here is how it looks:

From this moment on, widgets will be in a panel of their own, they already have their Panel API. The idea behind that is to group the settings in the panels. Their API works identically with the previous Section API.

There are several improvements regarding the availability in this version, amongst which is the keyboard accessibility in the file library, the support of a screen reader for Customizer and the widgets, as well as the links in the help tabs which are also keyboard accessible.

This another very important change, which is concerning the libraries TinyMCE, jQuery, and MediaElement which are respectively updated to versions: 4.1.3, 1.11.1 and 2.15.

2. What is There to be Expected in the Next 4.1 Version of WordPress

The next version 4.1 of the WordPress platform, fortunately for the developers, won't have fundamental changes, but fortunately for the users, it will continue on the series of improvements in the UX. During the WordCamp Connecticut conference, which took place earlier this year, one of the head developers of WordPress Andrew Nacin mentioned that a new auto-update feature of the platform is being planned, which means that we'll be in the know when to expect a new version. You could watch the whole presentation here WordPress.tv.

All of the customers of ETNHost.eu have the opportunity to install WordPress 4.0 directly through Softaculous. If you have any questions or difficulties, you could always ask our support team. Meanwhile, you could follow our blog for more updates on WordPress.