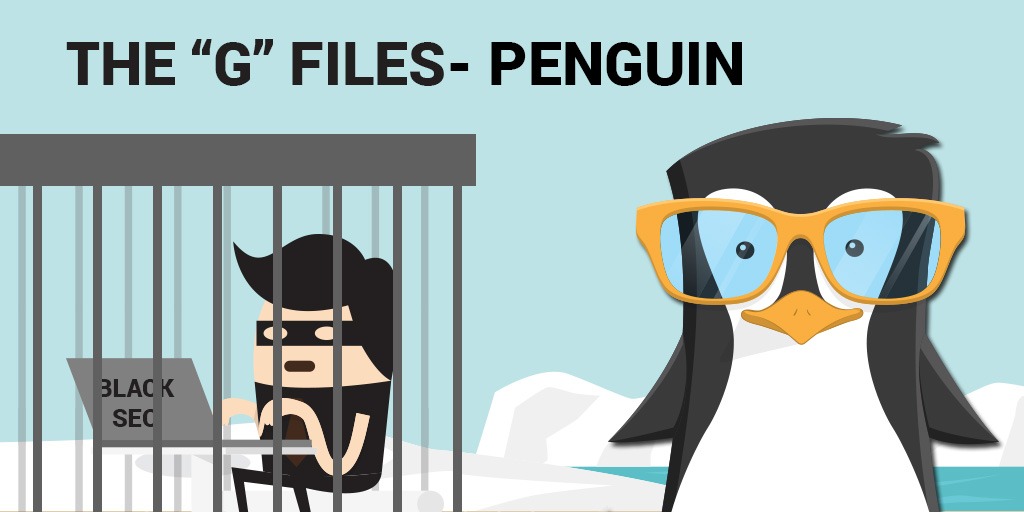 A year had passed after the groundbreaking changes that the Panda algorithm had to offer, and the SEO world was rocked once again. By the end of April 2012, many webmasters noticed devastating shifts in the search results and in their websites. This had nothing to do with their content, or any other factors that they were previously considering. It was later that same day (24.04.2012) when some people's worst fears had been confirmed - a new algorithm had been rolled out and it was aiming to slash unnatural links in all of their forms. Meet Google's Penguin - deceivingly cute and deadly to all link schemers.

When: The official release date for the Penguin algorithm was 24 April 2012. On this day, Google released an announcement which basically gave a lesson to the public of the essence and difference between "white hat" and "black hat" SEO. The principles of a good and useful website were explained and then the gossip was confirmed that a new major algorithm change had been released...

What is it: Up to mid-2012 the well ranking of a website was fairly easy. It was pretty obvious that search ranks loved well-linked websites so it was a matter of who could add more links to their web pages. Then Penguin came and overnight a tonne of websites lost A LOT of positions. The reasons included all kinds of link scheme techniques - link farms, exact match anchors, keyword stuffing, link spamming, cloaking and any unnatural purchase of links for enriching the inbound link profile. Google had stated their intentions clearly - after cleaning up the content on web pages, it was time to improve link profiles too. The problem at the time was that many webmasters struggled to understand what in their website had triggered the algorithm alerts while other, straight-up legitimate sites, also fell victim of the "purge".

Evolution: Penguin caused a lot of commotion in the SEO world so at first, it seemed that Google would try to do some damage control by releasing pretty frequent updates. The initial release affected more than 3% of web search results and was followed by a series of four updates, all of which was done in less than 2 years time. After that, things came to a halt. An update was expected in 2014 and there seemed to be some movements, however, it turned out to be just a refresh. For those unaware, the difference between an update and a refresh is that the former includes actual changes in the algorithm, while the latter just renews the already gathered information. Such irregularities caused chaos all around since with algorithm penalties the only way to fix a website is to wait for the next update to check it again. Right now webmasters are advised to resort to manual considerations while the Google Team are silent about Penguin's future.

How to: For starters, as with other problems, you have to go and get to the bottom of the issue. Making a thorough link audit is beneficial to finding out the problematic pages and their links. As a general rule, if you have ever bought a batch of links, regardless if a "pro" did it for you, or if it was an advice from a friend - you will be in for a bad surprise. If it's too easy, better stay away, as it's not worth it. Once found, you'll need to remove as many of those bad links as possible - either ask the site owner to remove them, or use the Disavow Tool, which was introduced with this specific purpose. You need to be very precise during this step in order not to remove anything of value. Your link profile will be getting more natural and that would be the time to get on the offence. Exact match anchor text is often a reason to trigger Penguin, so you need to dilute those anchors from your pages. This can be easily achieved by adding new links to those pages and diversifying the anchor text on them. From there on out, just rinse and repeat.

The fight against manipulated search results took a huge step forward with the introduction of Penguin. Things were looking better and better for naturally-built and developed websites, but there is much more yet to come.

Have you ever been hit by Penguin yourself? Tell us your story and get some advice in the comments below!